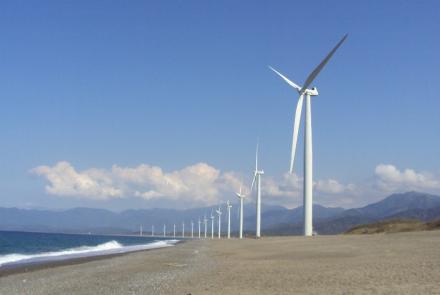 In the race, but at the back
Australia has finally come to the climate change party, writes Frank Jotzo.

Ambitious proposals by China and the US to tackle climate change have once more elevated the issue in international diplomacy and are putting pressure on Australia to come to the party, according to a Crawford School academic.

President Obama recently announced a program to cut carbon emissions from the US power sector. China in turn indicated that it will be prepared to take on the same form of climate commitments as developed countries – though at different levels to take account of its rapid growth.

At a recent workshop in China - attended by Crawford School’s Associate Professor Frank Jotzo, Director of the Centre for Climate Economics and Policy - a senior Chinese government adviser, Professor He Jiankun, said that China will take on an absolute cap on emissions.

Jotzo said that China has already taken action against climate change and this latest statement indicates it is now ready to put more plans in place to reduce emissions.

“These are not just empty words,” he said.

“China has six pilot schemes for carbon trading, covering a population of more than 200 million people now in operation.

“This decade, the plan is for a national emissions trading scheme and there is a strong push to cut coal consumption, driven by the need to control air pollution.

“China’s coal consumption could peak by the end of the decade, despite continuing rapid economic growth.

“It is clear that the United States and China are talking to each other about this, long before the Paris meeting at the end of 2015 when an agreement is to be sealed.

“They set the trend. If they manage to come to a solid agreement, most other countries will follow.”

He added that the difference in directions between the superpowers and Australia was stark.

“It will be a recurring theme at the UN leaders meeting in New York in September. Pressure is mounting to include discussions on climate policy at the G20 meeting in Brisbane in November.”

The Centre for Climate Economics and Policy holds a forum event US and China energy and climate policy and the G20, with high profile external and ANU speakers. For more information visit: https://crawford.anu.edu.au/events/4160/us-and-china-energy-and-climate-...

To find out more about Frank Jotzo’s projects on China, please visit the following link: https://ccep.crawford.anu.edu.au/ccep-research/china