Home » Events » Carbon emissions trading in China: the evolution from pilots to a nationwide scheme

Carbon emissions trading in China: the evolution from pilots to a nationwide scheme 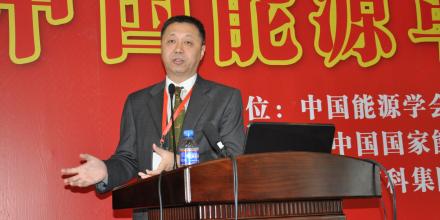 Putting a price on carbon is considered a crucial step for China’s endeavor of harnessing the market forces to reduce its energy consumption and carbon emissions. Indeed, aligned with China’s grand experiment with low-carbon provinces and low-carbon cities in six provinces and thirty-six cities, the Chinese central government has approved the seven pilot carbon trading schemes. These seven pilot regions are deliberately selected to be at varying stages of development and are given considerable leeway to design their own schemes. The pilot trading schemes have features in common, but vary considerably in coverage of sectors, allocation of allowances, price uncertainty and market stabilisation, potential market power of dominated players, use of offsets, and enforcement and compliance.

This talk explains why China turns to market forces and opts for emissions trading, rather than carbon or environmental taxes at least initially, examines a wide range of design, implementation, enforcement and compliance issues related to China’s carbon trading pilots and their first-year performance, draws some lessons learned, and discusses the options to evolve regional pilot carbon trading schemes into a nationwide carbon trading scheme.

Prof Zhong Xiang Zhang (张中祥) is a distinguished university professor and chairman at School of Economics, Fudan University, China, as well as an adjunct senior fellow at East-West Center, Honolulu; a distinguished professor at the Chinese Academy of Sciences; an adjunct professor at the Chinese Academy of Social Sciences and University of Hawaii at Manoa; an advisor to National Center for Resource Economics at Peking University; and a research associate at American University and ANU. He is highly published and serves as co-editor and board member for a number of academic journals. He began his career in Energy Research Institute, National Development and Reform Commission in Beijing, and had over 20 years of working experience in Europe and the US.

This seminar is presented by the Centre for Climate Economics and Policy, Crawford School of Public Policy, at The Australian National University.