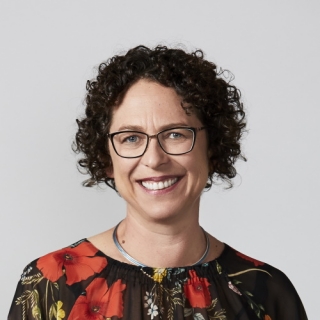 Jane Golley is a Professor and economist in the Ardnt-Corden Department of Economics at the Crawford School of Public Policy at The Australian National University (ANU). Jane is an ANU graduate (BEc, Hons, 1993) whose life-long interest in China began with a brief stint in the Asia Section of the Australian Commonwealth Treasury in 1993, before she left for the University of Oxford in 1994, where she completed her Mphil and Dphil and taught undergraduate economics through to 2002. She returned to the School of Economics at the ANU in 2003, taking up a position at the Crawford School in 2008 and then moving to the Australian Centre on China in the World (2011-2021), before joining the Crawford School in 2022.

Jane’s research has covered a wide range of topics centred around the Chinese economy, often intersecting with other disciplines. Her early work on regional development focused on the uneven patterns of economic geography in China’s industrial development, spurring ongoing research into other sources of inequality, including rural-urban and gender inequalities in education and income. Another long-term research agenda has explored the economic impacts of demographic change in China, including the global impacts of the one- and two-child policies and rising gender imbalances. Other research projects have examined the interplay between the economy and the environment, such as the relationship between income inequality and carbon dioxide emissions associated with China’s pursuit of ‘green growth’. Her latest inter-disciplinary endeavours have taken her towards politics and international relations, with topics ranging from China’s growing geoeconomics capabilities and ‘geoeducation’ strategies, to the impact of its bilateral political relations on its patterns of trade.

Jane has taught the Masters-Level Chinese economy course at the Crawford School since 2016. She is actively engaged with politicians, bureaucrats, diplomats and the media in public policy debate regarding China’s rise and the Australia-China relationship. She was the co-editor of the China Story Yearbook series from 2016-2021, including Crisis, published in 2021. She has served as the President of the Chinese Economic Society of Australia (2010-2012) and the Chinese Studies Association of Australia (2020-2021). She is currently an Executive Member of the Australia-China Business Council (ACT), an Advisory Board member for the Australia-China Relations Institute at the University of Technology, Sydney and the ACT representative on the NSW State Advisory Council of CEDA.