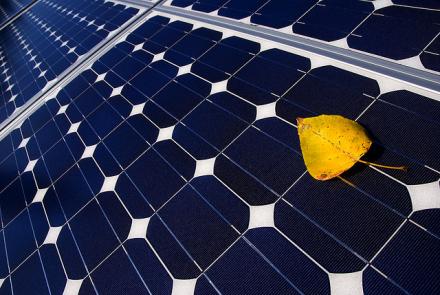 Image by Oregon Dept of Transportation on Flickr: https://www.flickr.com/photos/oregondot/3078004470

Australia can undertake ambitious emissions reductions and even reach 100 per cent renewables and zero net emissions by 2050, according to a new report.

The report - Australia can cut emissions deeply and the cost is low - has been prepared by Crawford School’s Centre for Climate Economics and Policy for the WWF.

The report is being released ahead of the Federal Government’s decision on Australia’s post 2020 emission reduction targets, expected in June.

Other key points of the report are:

“Deep cuts to Australia’s emissions can be achieved, at a low cost,” Associate Professor Jotzo said.

“With our abundant renewable resources we are one of the best placed countries in the world for moving to a fully renewable electricity supply.

“Australia can achieve zero net emissions by harnessing energy efficiency, moving to a zero-carbon electricity system, switching from direct use of fossil fuels to decarbonised electricity, and improving industrial processes.”

WWF-Australia’s National Manager – Climate Change Kellie Caught said the Australian Government should commit to carbon pollution reduction targets that are based on science and fairness, which this research shows is not just desirable, but affordable as well.

“We need an ambitious, science-based pollution reduction target so that we can ensure Australia’s natural beauty will still be around for our children and future generations.

“The solution is clear: set an ambitous long-term goal for reducing carbon pollution, and take decisive action to make it happen. That’s the kind of leadership hardworking taxpayers deserve – let’s commit to leaving things better than we found them.”

The report was commissioned by WWF-Australia.